Skip to content
ShareTweetPin ItShare
The rain dripped down my floppy and now ill-suited sun hat, the thunder roared angrily at my back, and I ran.
I ran in joyful bliss.
The unexpected storm was a fitting metaphor for what I’ve gone through this year. I prepared for sweltering heat and ended up in a thunderstorm. Miles from home, I had a few choices. I could have cried out woe is me as I sought shelter. I could’ve turned and high-tailed it home.
Instead, I embraced the storm.
I acknowledged the storm was outside my control. I let go and I reveled. I called out a challenge to the thunder. I cherished the coolness of the rain, freed from the heat of the midday sun. I could not control the environment, but I had utter control over myself.
This mindset is a stark contrast to how I handled the first half of 2021. I’ve struggled with the aftermath of my deployment. Instead of surrendering and adapting to a challenging reality, I struggled against it. I was in a position of authority — a position where I should’ve had the influence to improve circumstances for myself and, more importantly, my team. But, I couldn’t. I didn’t. The feelings of guilt, failure, and shame shook me to my core.
Why did I react so differently to the two situations?
It’s easy to recognize the weather as unchangeable. It’s harder to recognize that when dealing with people. Life experience disavows us of any illusions of control over the rain. Your only choice is to adapt. Go inside, put on a rain jacket, or accept that you’re going to get wet. That’s it.
Dealing with people, no two situations are ever the same nor are they as predictable. Yet, we approach people with the illusion of control. We want to set everything right. But, we cannot change someone else — even those we’re closest to whether it is our spouse, our children, or our dearest friends.
Moving forward, how can I better embrace the storms in everydaily life?
Be my authentic self:
To minimize conflict, I wear facades. I often operate out of fear rather than the courage to say what’s really on my mind. While it may not change the situation, I need to speak my truth. Align my thoughts and actions for a clear conscience.
Control what I can control:
I am in total control of myself, but like you can take a horse to water, you cannot make them drink. Still, that’s not an excuse to dismiss ownership over a situation. As we control ourselves, often the most powerful thing we can do is lead by example. That example includes acknowledging our faults and limits to our abilities. During my deployment, I stressed over everything. And, I became a part of the problem. It was a toxic cycle.
Break negative cycles through action:
Exercise and writing are two of my biggest stress relievers, yet they were early casualties of my deployment. I ended most days retreating into zombie mode, numbed by the next Netflix binge. When I fall into passive self-medication, it compounds as each retreat brings the guilt, failure, and shame stronger than the last. The healthy outlet is always to act. Even if it’s just a walk or a ten-minute stream of consciousness puked onto a page. Break the cycle.
Where I was powerless to fight the storm overhead, I transformed the chaos into a moment of pure joy. And, with a little self-awareness and bravery, it’s a winner every time.
Bring on the thunder. 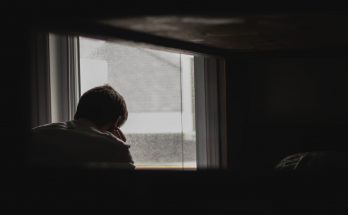