Skip to content
ShareTweetPin ItShare
Day 0: Finished packing. Car, plane, taxi, bus, shuttle (SUV), and I arrived at the AT Lodge in Millinocket, Maine. Very pretty state and Ole Man, the owner of the lodge, was giving me some tips. Convinced me to use a food drop, although I moved it a day earlier than he recommended. My pack with 2 liters of water should be around 30 pounds. It was roughly 32 with 10 days of food and dry. Still too heavy, but I’ll figure out the dead weight. Met some guys, got a beer and a small pizza. Party time.
Day 1: Started hiking at 8:05 and discovered my first mistake of the hike, besides showing up to hike. I forgot my day 1 food at the AT Lodge. This might be a good loss as I expect to get through the 100 mile wilderness in less than 10 days. Now I have a little more incentive.

As for Katahdin (which is properly pronounced kah-tod-in, oops). Talk about the gnarliest hike of my life. 5.2 miles up and it took me 3:45. I didn’t realize I was going to be mountain climbing. Literally jumping rock-to-rock. But the views… unbelievable. Arriving at the summit was a relief, my legs were a little sore from all the jumping and 5.2 miles of landing every step on a different elevation. A little anticlimactic as this is just the beginning, literally mile 0 – kind of daunting. I could imagine the magic of finishing here though. Oh, and I used my water filter on the way up as my first liter of water was soapy from its first wash last night. Oops. Fortunately, the filter works! Second mistake, my fruit snacks tasted a little like taco seasoning. My bag smells strongly of taco seasoning. May have overdone the taco seasoning…

The hike down took 3:32, only 13 minutes faster than the up. That’s because it was the most harrowing drop of my life. Literally climbing and often sliding. Exhaustion definitely hit me once I finished the last boulder climb. My legs would start shaking anytime I would stop. The last 3 miles to the campsite were a blur.

Ended up at a shelter with 3 other guys, 1 SOBO and 2 that are flip flops after a few hundred miles in the south and a little partying off the trail. They‘re SOBO the rest of the way. Interestingly, all 3 are former military, one Navy and two Army. The Army guys, Matt and Ryan, are brothers and Matt just left active duty. The Army guys look like they have a good pace, we’ll see how it all works out.

1st dragon has been slain, but it was tough. Next dragon, the 100 mile wilderness. 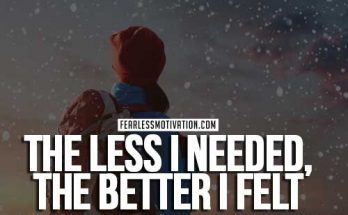 0 Comments on “It Begins”